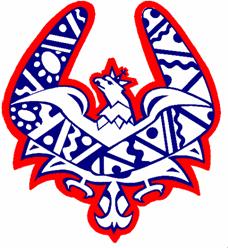 Emblem of the Polish Community Council of Australia

The Polish Community Council of Australia was established in Sydney in 1951. Soon thereafter, the emblem below was chosen as the symbol which best represents Polish migrants who came to Australia after the second World War: ex-Polish Armed Services in the West (army, navy and air force), ex-prisoners of war from Germany, ex-prisoners of concentration camps and Stalinist gulags, former forced labourers of the Third Reich, all of whom chose Australia as their country of settlement, because they did not wish to return to their homeland which had become communist under Soviet domination.

The emblem features the free Polish Eagle wearing a crown resting on two boomerangs which symbolise a map of Australia; the eagle’s tail covers Tasmania where a large group of Polish ex-air force and soldiers of the Karpacka Brygada settled. 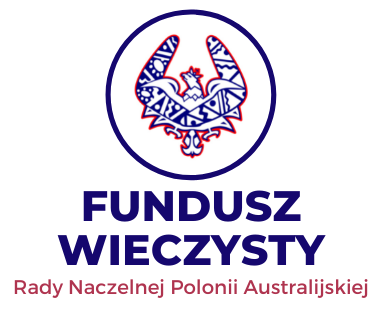